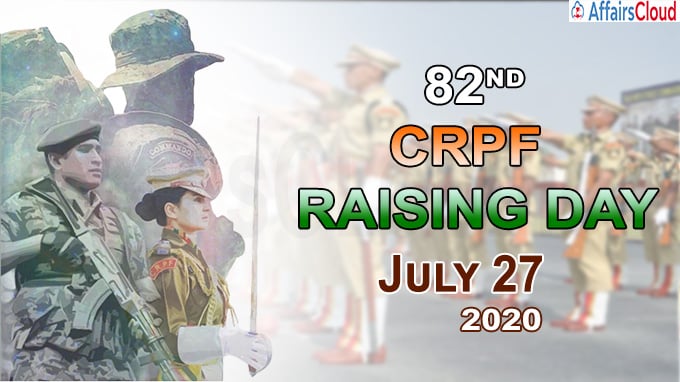 The Central Reserve Police Forces(CRPF)’s raising day is observed annually on July 27. This year marks the 82nd year of its existence. The CRPF came into existence as Crown Representative’s Police on 27th July 1939.

Note– This is the first time the force skipped its mega Raising Day event this year due to COVID-19 pandemic and physical distancing protocols.

i.Union Home Minister Amit Shah released 3 documentaries prepared by the CRPF  which depicts the role of its ‘corona warriors’, environment protectors and troops who were involved in internal security.

ii.It functions under the Ministry of Home Affairs (MHA) of the Government of India.