The International Union of Pure and Applied Chemistry (IUPAC) has officially confirmed the permanent addition of four new elements to the periodic table. 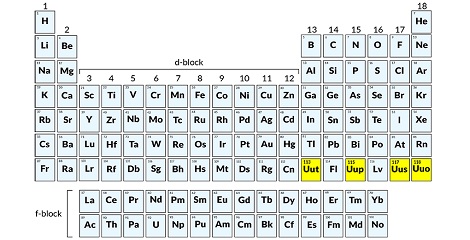 The four new elements will be named in the next few months but element 113 has been given a placeholder name of ununtrium under IUPAC’s recommendation.

What is Periodic Table?
The periodic table aka Mendeleev’s table is a tabular arrangement of the chemical elements, ordered by their atomic number (number of protons in the nucleus), electron configurations and recurring chemical properties.