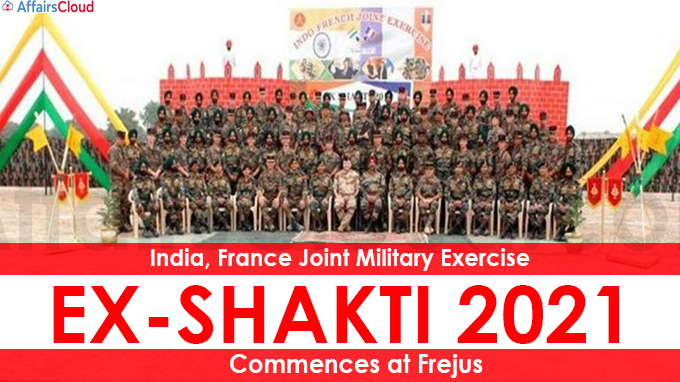 The 6th edition of India-France joint military exercise ‘EX-SHAKTI 2021’ commenced on 15th November 2021 at the southeastern French port town of Frejus , France. EX-SHAKTI is a biennial training exercise which is conducted alternatively in India and France.

Note – The Previous edition of Exercise SHAKTI was conducted at Foreign Training Node in Mahajan Field Firing Ranges, Rajasthan from October 31 to November 13, 2019 involved in counter-terrorism operations in semi-desert terrain.

Defence Exercise between India and France:

ii.Exercise VARUNA – the bilateral maritime exercises between India and France Navies started from 1993. The maritime exercise has been named ‘Varuna’ Since 2001 with an objective to ensure freedom of seas and commitment to international order.