3rd edition of International Yoga Day was celebrated across India on June 21, 2017 with several government and private institutions organising yoga events for the masses.

The idea of an International Day of Yoga was the first proposed by the Prime Minister of India, Mr. Narendra Modi during his speech at the United Nations General Assembly, on 27 September 2014. 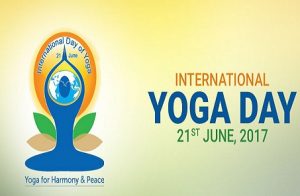 This year, Prime Minister Narendra Modi was in Lucknow where he performed yoga along with Uttar Pradesh Chief Minister Yogi Adityanath and 51,000 participants at Ramabhai Ambedkar Sabha Sthal.

Nearly three lakh people, led by Baba Ramdev, turned up at GMDC ground in Ahmedabad, Gujarat on the International Yoga Day on June 21, 2017 to perform asanas.

The Ramamani Iyengar Memorial Yoga Institute of Pune has been selected as the first recipient of the Prime Minister’s award for outstanding contribution for promotion and development of yoga 2017.

Last year, at the 2nd International Day of Yoga celebrations at Chandigarh, Prime Minister Narendra Modi had announced the institution of awards for the promotion of Yoga. 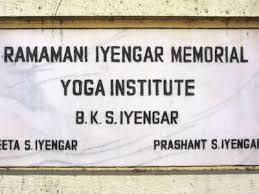 The Ramamani Iyengar Memorial Yoga Institute has worked to spread yoga internationally. The institute has published several books on yoga and these have been translated into multiple languages.

On June 21, 2017, more than 8,000 school children formed the “longest yoga chain” in front of the iconic Mysuru Palace in Karnataka to create a new world record.

In China, on International Yoga Day (June 21), thousands of Chinese participated in several yoga events organised across the country.