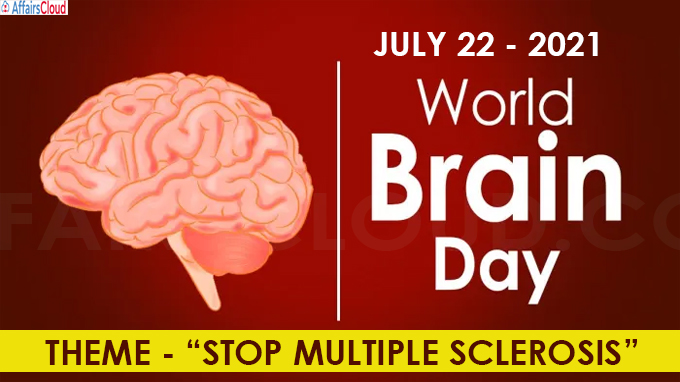 Annually the 22nd of July is observed as World Brain Day by the World Federation of Neurology (WFN) to create awareness on neurological diseases and their effects. This year’s focus is on ‘Multiple Sclerosis (MS)’, a cognitive neurological disease that leads to physical disability among people across age groups.

i.Annually over 2.8million people across the world are affected by Multiple Sclerosis

About World Federation of Neurology (WFN):