On December 31, 2019 the Union Minister of Finance Smt. Nirmala Sitharaman released a report of the task force on National Infrastructure Pipeline for 2019-2025 (NIP 2019-25) inorder to achieve the $5 trillion economy by 2024-25 . Based on the information compiled by the task force headed by Economic Affairs Secretary Atanu Chakraborty, Rs 102 lakh crores has been projected on the capital expenditure in infrastructure sectors in India during the fiscals 2020 to 2025.  The capital expenditure will be shared by the Centre, States and the private sector in the ratio 39:39:22 respectively. The report in detail are as follows: 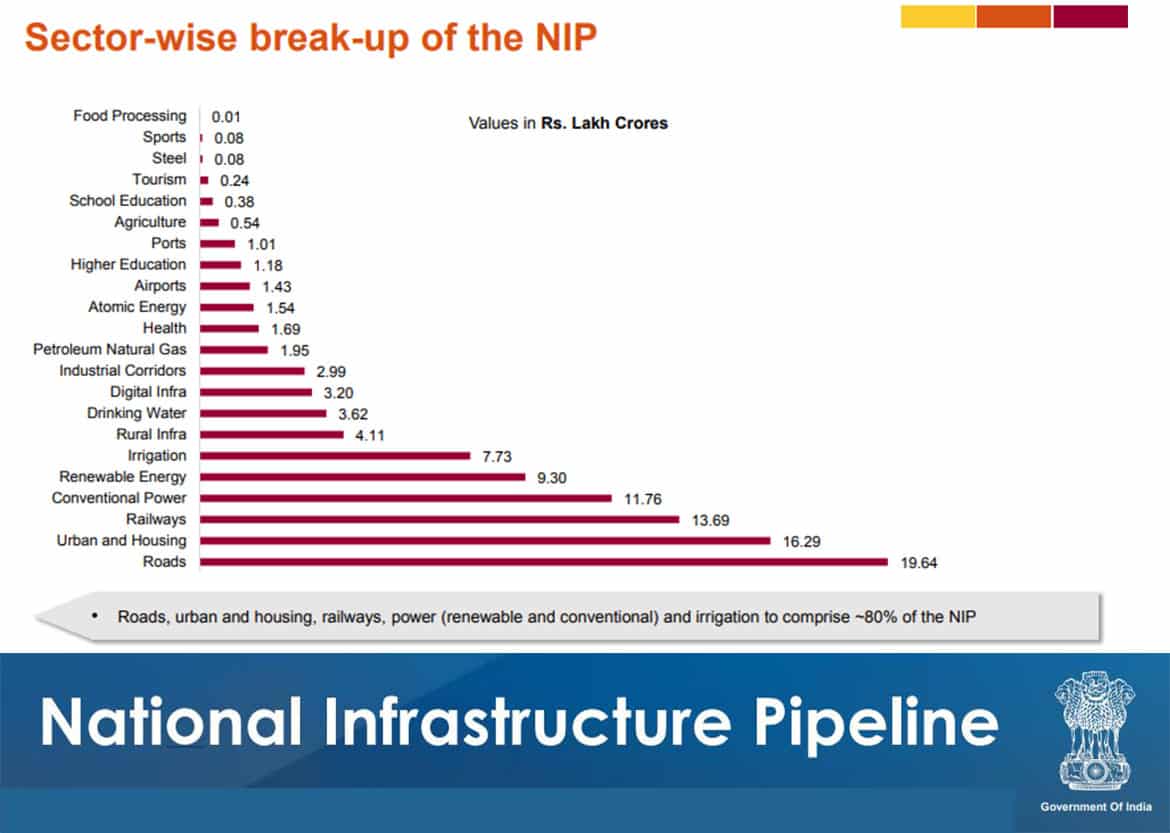