On June 8, 2017, Rohan Bopanna clinched his maiden Grand Slam title when he won the 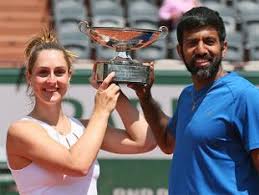 The French Open (also called Roland-Garros) is a tennis tournament that is held annually since year 1891 during late May and early June in Paris, France.