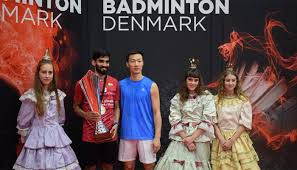 PV Sindhu and Saina Nehwal out of women’s singles:

A Ponnappa-NS Reddy out of Women’s doubles:

India’s A Ponnappa and NS Reddy pair lost to Malaysia’s Chow MK and Lee MY pair in the first round of women’s doubles.