The World Meteorological Organization (WMO) study made the year 2015 is warmest year on record because of climate cycle El Nino and also on account of human-induced global warming.
(*El Nino is a weather phenomenon resulting from warming in Pacific Ocean regions, leading to atmospheric changes)

Levels of greenhouse gases in atmosphere reached new highs and in the northern hemisphere, during spring 2015, the three-month global average concentration of carbon dioxide crossed the 400 parts per million barrier for the first time. 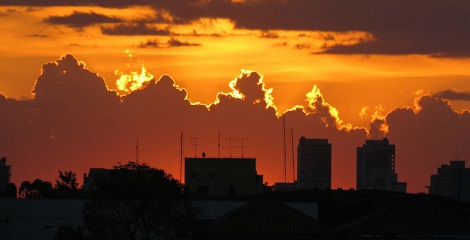 Report Highlights
A preliminary estimate based on data from January to October shows the global average surface temperature for 2015 so far was around 0.73°C above the 1961-1990 average of 14°C and approximately 1°C above the pre-industrial 1880-1899 period.

Other increasingly severe weather events such as floods, droughts and tropical storms were developing in line with the WMO’s expectations, based on climate models.