Indian-origin South African freedom fighter Ahmed Kathrada has been awarded the Freedom of the City of Cape Town becoming the sixth such recipient. 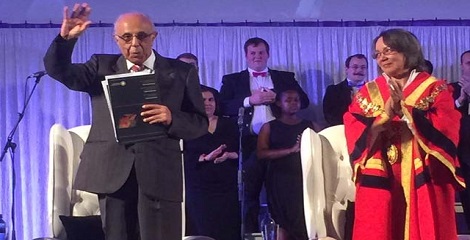 About Ahmed Kathrada
Ahmed Mohamed Kathrada has born 21 August 1929 sometimes aka South African politician, former political prisoner and anti-apartheid activist. Kathrada was one of the eight co-accused in the Rivonia Trial in 1964, alongside Madiba and sentenced to hard labour on the infamous Robben Island.