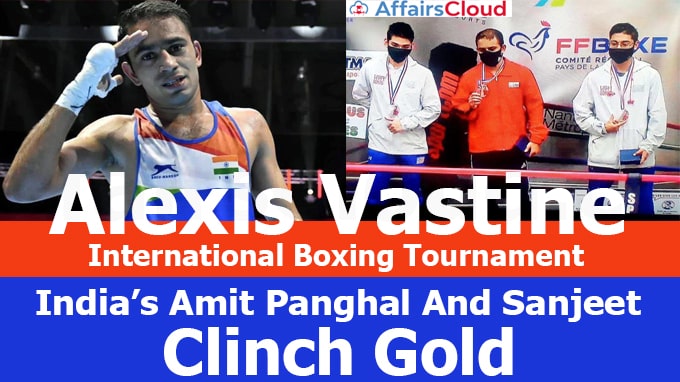 1st edition of Alexis Vastine International Boxing Tournament for elite boxers was held from October 27, 2020 to October 31, 2020 at Nantes, France where nine Indians boxers i.e. five men and four women qualified for the Tokyo Olympics, postponed to next year because of the COVID-19 pandemic.

ii.Poonam Khatri who won the Silver Medal at the 15th edition of World Wushu Championships (WWC) 2019 held at Minhang Gymnasium in Shanghai, China has now been upgraded to Gold Medal. Her Gold Medal got upgraded after Iran’s Maryam Hashemi failed in her dope test.