114-year old Taj Palace (also referred to as Taj Mahal Palace) in Mumbai has become first Indian building to get itself trademarked, thereby joining the elite and small club of trademarked properties in the world which includes the Empire State Building in New York, the Eiffel Tower in Paris and Sydney Opera House. 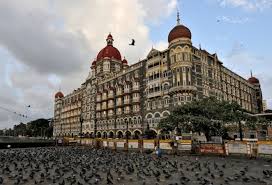 Now nobody can now use Taj Palace’s images for commercial purposes without paying licensing fee to the company.

Taj Palace is located in Colabaarea of Mumbai, Maharashtra.It is owned by Indian Hotels Company Limited(IHCL), which was incorporated by the founder of the Tata Group, Jamsetji Tata.