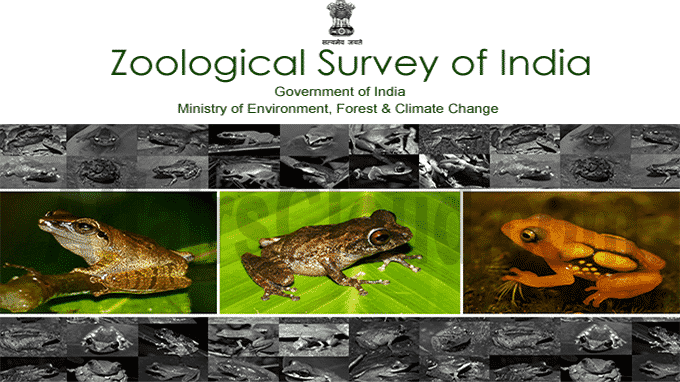 On 17th May 2020, The Zoological Survey of India (ZSI) updated the checklist of Indian amphibians, a list of 20 species as critically endangered and 35 species as endangered on its website compiled by research scientists, K P Dinesh from ZSI’s western regional centre at Pune, C Radhakrishnan from Calicut, B H Chennakeshavamurthy from ZSI, Calicut, P Deepak from Mount Carmel College, Bengaluru and Nirmal Kulkarni from the Mhadei Research Centre, Goa.

i.The scientists of Zoological Survey of India in collaboration with other Indian institutes update the checklists of Indian amphibians periodically as per the International Union for Conservation of Nature(IUCN).

v.This list will help the Herpetology students, researchers, conservation scientists and policymakers to understand the amphibian diversity of India and their nomenclature.

vi.The list highlights that 19% of amphibians as ‘data deficient’ species and 39% as ‘not assessed’ as per the red list conservation status of International Union of Conservation of Nature(IUCN).