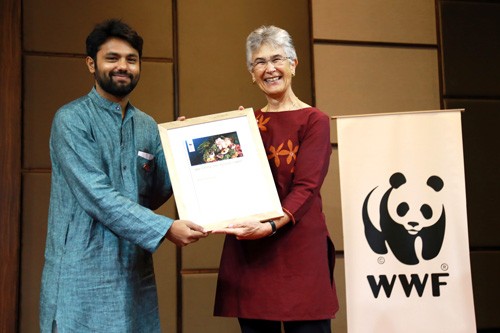 i.He won for his efforts to inspire change and attitudes towards nature.

ii.The award is given to recognize outstanding leadership in young conservationists from around the world.

iv.Nominations are invited annually via WWF offices around the world.

v.The award acknowledges and encourages outstanding achievements of young people under the age of 30 who are making significant contributions to nature conservation.

vi.Rohan’s work has the ability to translate complex messages on wildlife issues and conservation into simple hilarious images.

viii.It has published across several wildlife and environment magazines and newspapers.

Green Humour is the first Indian comic strip to be distributed internationally.

ix.Under the banner of Green Humour runs a series of cartoons on nature conservation issues, possibly one of the largest cartoon collections in the genre.

x.Rohan and Adeline have both done is remarkable and truly inspiring.

xi.They are highlighting the critical issues and reaching people in innovative ways to drive change and thinking around why nature is so vital for livelihoods and life itself.