World Wildlife Day celebrated every year on 3rd March is celebrated with the aim of preserve the rich flora and fauna of our World and to protect the endangered species from extinction. 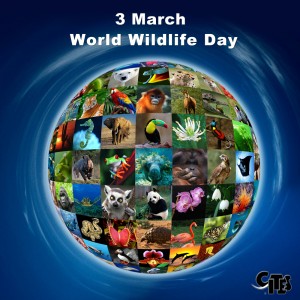