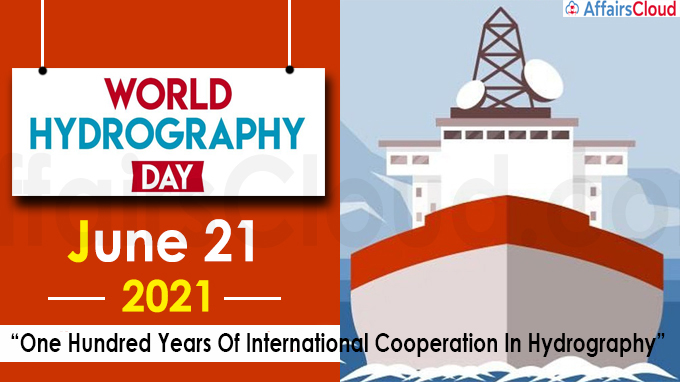 i.In 2005, World Hydrography Day was approved and implemented by the International Hydrographic Organization (IHO) as an annual observance.

ii.The United Nations General Assembly(UNGA) adopted the resolution A/RES/60/30 on “Ocean and the Law of the Sea” and welcomed the adoption of the World Hydrography Day by the IHO.

June 21 marks the anniversary of the founding of the International Hydrographic Organization in 1921.

Hydrography is a branch of applied science that deals with the measurement and description of the features of oceans, seas, coastal areas, lakes and rivers and the prediction of their change over time.