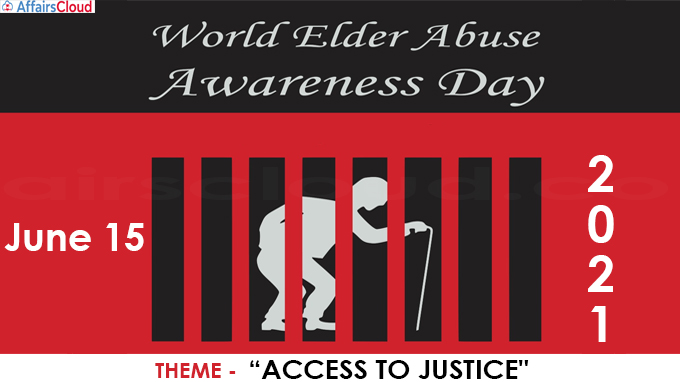 iii.The establishment of the World Elder Abuse Awareness Day was proposed by the International Network for the Prevention of Elder Abuse (INPEA), which established the first commemoration in June 2006.

i.Elder Abuse is defined as the single, or repeated act, or lack of appropriate action, within any relationship where the expectation of trust causes harm or distress to an older person.

ii.Elder abuse affects the Health and Human Rights of millions of older persons across the globe.

iii.Elder abuse exists in both developing and developed countries.

The UN has proclaimed 2021 to 2030 as the Decade of Healthy Ageing, with WHO leading international action to improve the lives of older people, their families and communities.