World Creativity and Innovation Day (WCID) is a global United Nation (UN) day celebrated on April 21 to raise awareness around the importance of creativity and innovation in problem solving with respect to advancing the United Nations sustainable development goals, also known as the “global goals”. 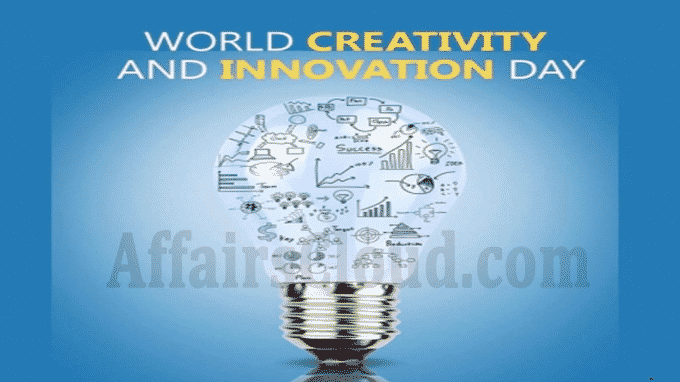 i.Creativity and innovation have become the true wealth of nations in the 21st century, according to the findings of the special edition of the Creative Economy Report “Widening local development pathways”, co-published by the United Nations Educational, Scientific and Cultural Organization (UNESCO) & the UN Development Programme (UNDP) through the UN Office for South-South Cooperation (UNOSSC).

iii.History of the day: The day was first created with UN resolution 71/284 with the support of 80 countries and the first WCID was celebrated on April 21, 2018.

iv.The day was first commemorated in over 50 countries around the world on April 21, 2002. In 2006, this day became a week starting from 15th April, which is Leonardo Davinci’s birthday, an icon of cross-disciplinary creativity in the arts and sciences.

v.Marci Segal, a creativity expert, saw a headline in the newspaper “Canada in Creativity Crisis” and after reading that she came up with this idea of creating World Creativity and Innovation Day which was in April 2002.