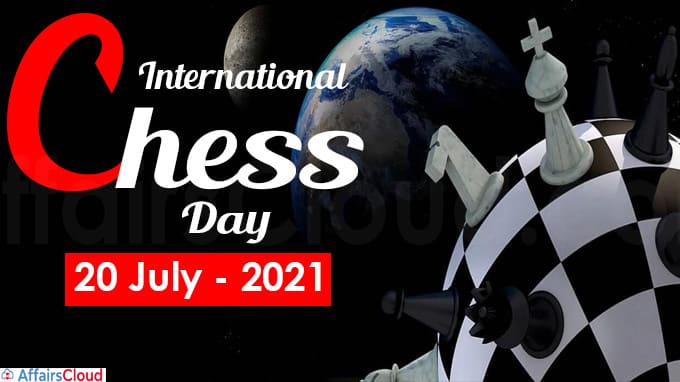 i.As an initiative of the FIDE, the International Chess Day, has been observed on 20th July by Chess players across the globe since 1966.

The date marks the establishment of the FIDE (Fédération Internationale des Échecs) in Paris in 1924.

ii.It is one of the most ancient, intellectual and cultural games that combines sport, scientific thinking and arts.

iii.At present, there are more than 2000 identifiable variants of the game.

i.Chess was invented in India in the fifth century. It was then named “Chaturanga”.

ii.Chaturanga originated in the Northern Indian Subcontinent during the Gupta period (around 319 – 543 CE).