World Athletics Day (WAD) was introduced by the IAAF (International Association of Athletics Federation) to increase awareness about athletics and to encourage youth to take up sports. Although this day is celebrated in the month of May every year, in 2020, the IAAF marked May 7 as the World Athletics Day. 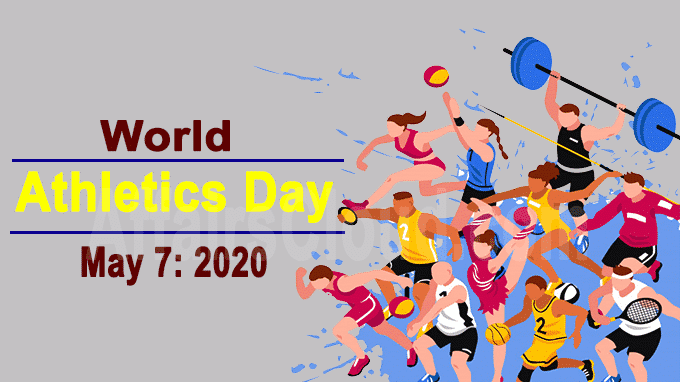 i.History of the day: WAD was celebrated for the first time in the year 1996 and was launched by Primo Nebiolo, former president of IAAF.

ii.IAAF: IAAF was founded on 17 July 1912 in Stockholm, Sweden as the international governing body for the sport of field athletics and track. The WAD is sponsored and organised by IAAF.

iii.Several competitions take place on the day with the most common types are track and field, road running, race walking and cross country running, etc.

iv.The first-ever World Athletics Day was themed around the Centennial edition of the Olympic Games in Atlanta, USA. Two boys and girls from the event were taken from each of the continental areas and were invited by the International Federation to attend the Atlanta Olympics.

v.These practices were followed in successive years. In 2006, participants for the event were aged between 7 to 15 years. Later on, the age gap was changed to 13 to 17 years.

vi.Significance of WAD: The World Athletics Day was initiated with a motive of participation of children who were members of clubs linked with IAAF federations.

vii.Later, the project was expanded with an aim to include the school children in team competitions. As schools are a great place to promote physical activities and athletics.