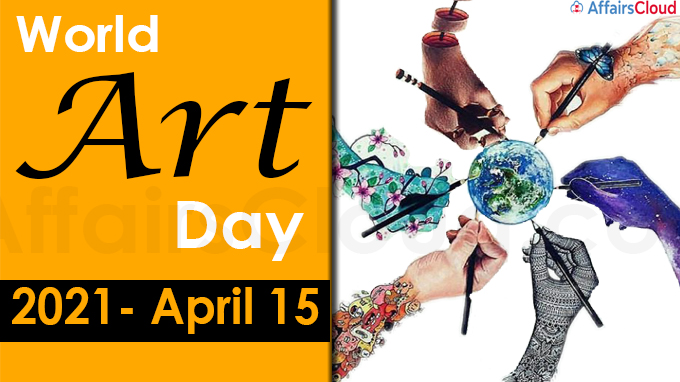 Note – In the United States, World Art Day was officially held for the first time in the City of Los Angeles on April 15th, 2015.

On the 6th World Art Day, IAA/USA (International Association of Art/USA) conducted a special virtual exhibition on the theme “You’re Not Alone”.

World Art Day was established at the 17th General Assembly of the International Association of Art in Guadalajara, Mexico.

To honor “Leonardo da Vinci” a pioneer in Art, his birthday (15th April) was selected as the World Art Day.

Some of his famous Works – Mona Lisa, The Last Supper, Vitruvian Man