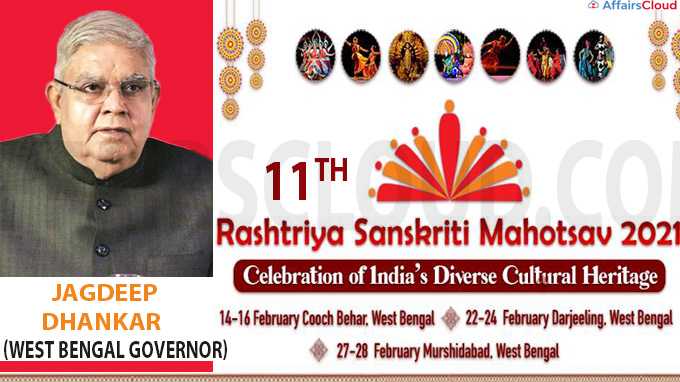 On February 14, 2021, West Bengal Governor Jagdeep Dhankhar inaugurated the 11th Edition of ‘Rashtriya Sanskriti Mahotsav’ at Cooch Behar Palace at Cooch Behar, West Bengal in the presence of Prahlad Singh Patel, Minister of State (Independent Charge) for Culture & Tourism.It is the flagship programme of the Ministry of Culture and is organized under the ‘Ek Bharat Shreshtha Bharat’ Programme.