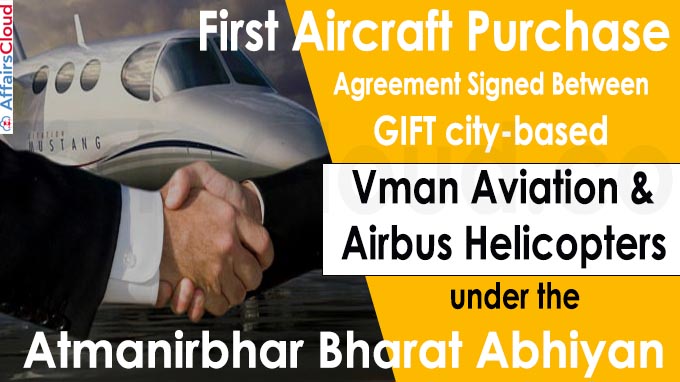 i.Vman will announce its 1st dry lease transaction soon. A dry lease is a leasing arrangement where an aircraft lessor provides an aircraft without crew, ground staff, etc, to an airline or corporation.

ii.Aircraft leasing is a new business segment coming to India and the Government is taking steps to promote leasing activities in India under the Atma Nirbhar Bharat Abhiyan.

The Government of India is aiming to make GIFT IFSC a hub for aircraft leasing & financing activities.

February 27, 2021, During the India Aircraft Leasing Summit-2021, the then Minister of State (I/C) for Civil Aviation, Hardeep Singh Puri stated that India is set to emerge as World’s 3rd Biggest Civil Aviation Market in overall terms by 2024.

It is a subsidiary of a Vman Aero Services LLP