As per the recently released ‘MRF (Madras Rubber Factory)Tyres International Cricket Council (ICC) Men’s ODI (One Day International ) Player Rankings 2019’ as of October 3, 2019, Indian captain Virat Kohli and fast bowler Jasprit Bumrah have retained their top positions. This ranking has been released after the recently played one-day series between Pakistan and Sri Lanka. 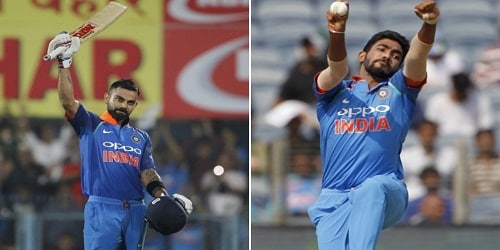