Putting an end to all the speculations, Vijay Rupani is going to assume his office as the new Chief Minsiter of Gujarat on August 7 and Nithin Patel will assist him as a Deputy CM. This news is declared after the BJP MLAs meeting.

Vijay Rupani is an Indian politician from the Bharatiya Janata Party and a member of the Gujarat Legislative Assembly representing Rajkot West. 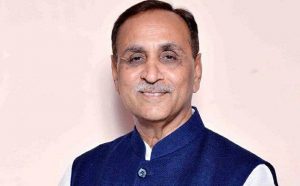