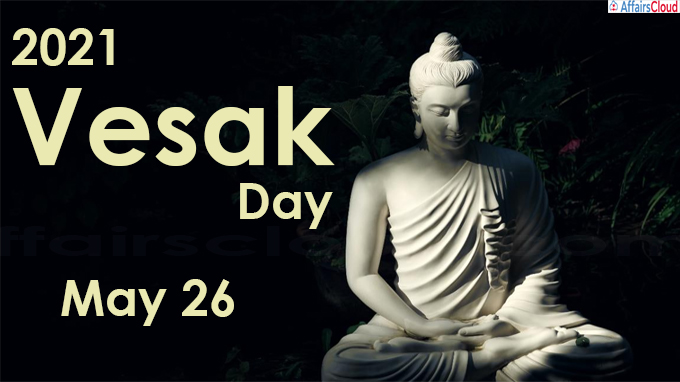 Vesak Day which is also known as Buddha Purnima the birth anniversary of Lord Gautama Buddha, the founder of Buddhism is annually celebrated across the globe on the full moon day of the Hindu Month Vaisakha. The day is also known as “triple-blessed day” which marks the birth, enlightenment, and Maha Parnirvana of Buddha. The day is celebrated based on the Asian lunisolar calendar.

The General Assembly, by its resolution 54/115 of 1999, recognized internationally the Day of Vesak to acknowledge the contribution that Buddhism.

ii.Gautama Buddha was born as Siddhartha Gautama in the Lumbini province of Nepal in 563 B.C.

iii.According to the Hindu scriptures Buddha is termed as the 9th avatar of Lord Vishnu.

i.Prime Minister Narendra Modi delivered the keynote address on the occasion of the Virtual Vesak Global Celebration on Buddha Purnima.

ii.The virtual event was organised by the Ministry of Culture in collaboration with the International Buddhist Confederation (IBC).

iii.More than 50 prominent Buddhist leaders across the globe have addressed the congregation.