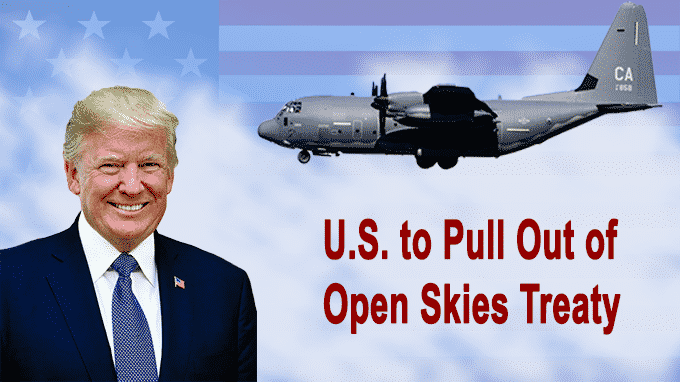 How does Russia become non-compliant or violator of the treaty?

Russia has violated this treaty by denying and restricting the open Skies observation flights. It has refused access to observation flights within a 10-kilometer corridor along its border with the Russian-occupied Georgian regions of Abkhazia and South Ossetia, by giving false claims that these occupied territories are independent states.

What is the Open Skies treaty?

It was proposed by US President Dwight Eisenhower in 1955, was signed in 1992 and came into force on January 1, 2002. It is a treaty of 34 nations while a 35th, Kyrgyzstan, has signed but not ratified it. It enables them to operate unarmed aerial surveillance flights over the entire territory of its participants.