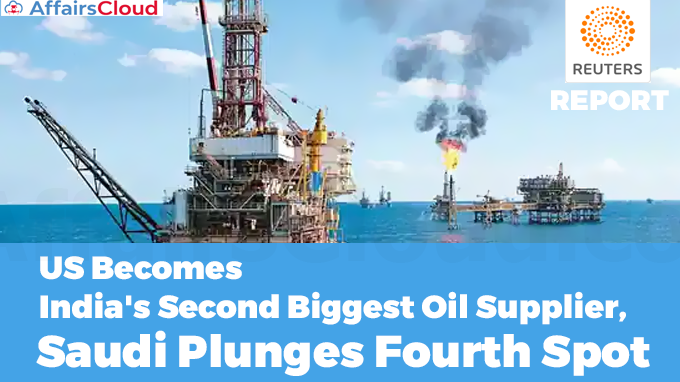 According to trade data released by Reuters, the United States surpassed Saudi Arabia as India’s 2nd Biggest Oil Supply in February, 2021.  Iraq continues to be India’s Largest supplier despite a 23% decline in purchases to a five-month low of 867, 500 BPD (Barrels Per Day).

Reasons for rise of US

i.On May 11, 2020, The ministry of petroleum and natural gas has set up a 6-member panel to review the existing Production Sharing Contracts (PSCs) due to the fall in crude oil prices and the COVID-19 lockdown.

About Organization of the Petroleum Exporting Countries (OPEC):