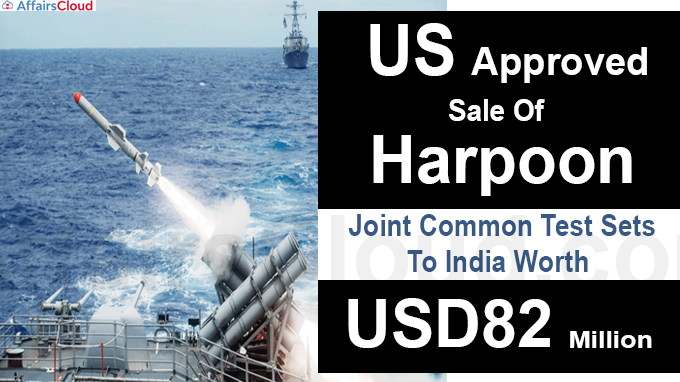 The United States has approved the sale of one Harpoon Joint Common Test Set (JCTS) and related equipment for an estimated cost of USD 82 million (~ INR 609 Crores) to India.

iii.In October, 2020, US has approved India’s request to buy USD 90 million worth of equipment, spare parts and logistical support for its fleet of C-130J Super Hercules cargo aircraft. The sale will be executed by Defence major Lockheed-Martin.