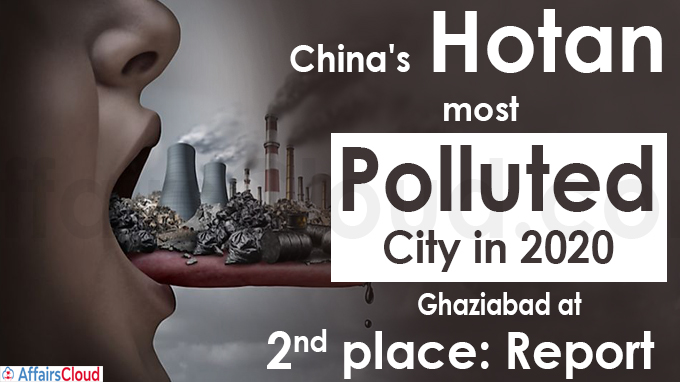 i.HouseFresh has prepared the report of the world’s best and worst places for clean air in 2020 based on the average Air Quality Index (AQI) of Particulate Matter (PM) 2.5 concentration in µg/m³ by collecting data from Swiss air quality expert IQAir.

ii.List of Most Polluted Cities in 2020:

iii.List of Cities with Cleanest air in 2020:

Note – PM2.5 – It refers to particulate matter that has a diameter of fewer than 2.5 micrometres and remains suspended in the air for a longer time.

As per the ‘2020 World Air Quality Report’ released by IQAir (Swiss Air Technology Company), India was the 3rd Most Polluted Country in the World in 2020 after Bangladesh & Pakistan. Delhi was the most polluted Capital City for the 3rd consecutive time; it was followed by Dhaka (Bangladesh) & Ulaanbaatar (Mongolia).