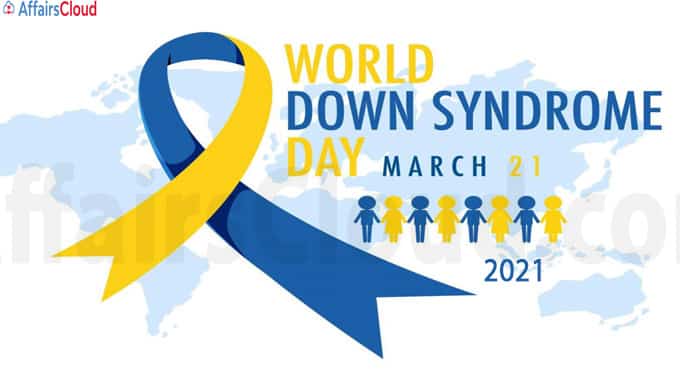 In a move to create awareness towards Down Syndrome, the United Nations annually observes 21st of March as the World Down Syndrome Day. All over the world, annually 3000 to 5000 childrens are born with this chromosome syndrome.

#LotsOfSocks campaign – An online campaign was conducted where, people are asked to wear mismatched socks, to spread awareness on Down Syndrome.

What is Down Syndrome?

Effects of Down Syndrome:

ii.The patient will have slow mental growth, characteristic facial features, problems in vision and hearing and other such issues that vary from person to person.

About World Down Syndrome Day: