The scientists from USGS (United States Geological Survey) Astrogeology Science Center, in collaboration with NASA (National Aeronautics and Space Administration) and the Lunar Planetary Institute have virtually released the first ever digital, unified, global, geological map of the moon namely “Unified Geologic Map of the Moon”. 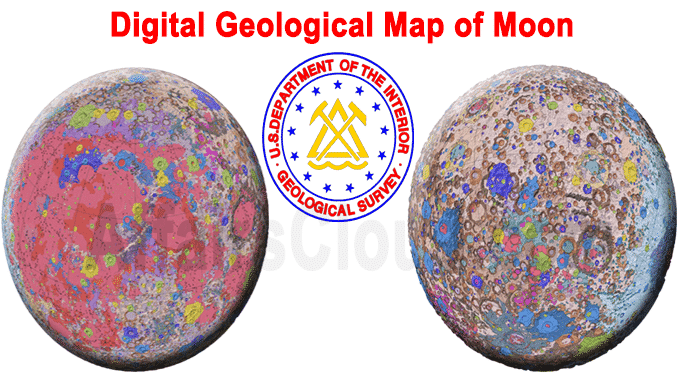 How geological map of moon is prepared?

Informative tool for for present & future lunar missions:
This map provides vital information for new scientific studies including Polar Regions of the moon. The moon’s South Pole’s area is much larger than the North Pole and there could be the possibility of presence of water. Also, the South Pole region contains the fossil record of the early Solar System. Missions for South Pole exploration:

This version of the map is a digital release only available in GIS and PDF formats. from the Unified Geologic Map of the Moon website.