On July 3, 2019, The first 2019 report of “State of the Education Report for India 2019: Children with Disabilities” has released by the UNESCO(United Nations Educational, Scientific and Cultural Organization) at an event in New Delhi. The Report, which will be an annual publication, highlights accomplishments and challenges with regards to the right to education of children with disabilities (CWDs). 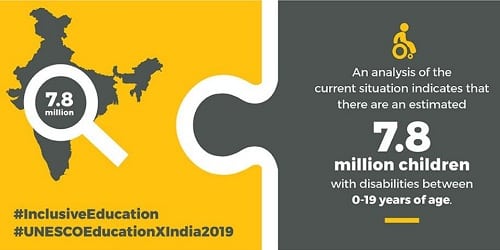