The United Nations Educational, Scientific and Cultural Organization (UNESCO) added Cuba’s rumba dance and Belgian beer to its coveted list of “intangible” cultural heritage at the meeting held in the Ethiopian capital Addis Ababa on November 30, 2016.

For the Portuguese pottery, the UNESCO stated that the pottery is suffering from “waning interest from younger generations and popular demand for industrial alternatives”.

The United Nations Educational, Scientific and Cultural Organization (UNESCO) is a specialized agency of the United Nations (UN) formed on November 16, 1945 headquartered at Paris. Its purpose is to contribute to peace and security by promoting international collaboration through educational, scientific, and cultural reforms in order to increase universal respect for justice, the rule of law, and human rights along with 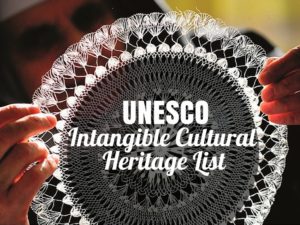 It includes cultural “practices and expressions that help to demonstrate the diversity of this heritage and raise awareness about its importance.”

It comprises cultural elements to which the concerned communities and countries consider that it require urgent measures to keep them alive.

Other Indian Practices Inscribed Include: