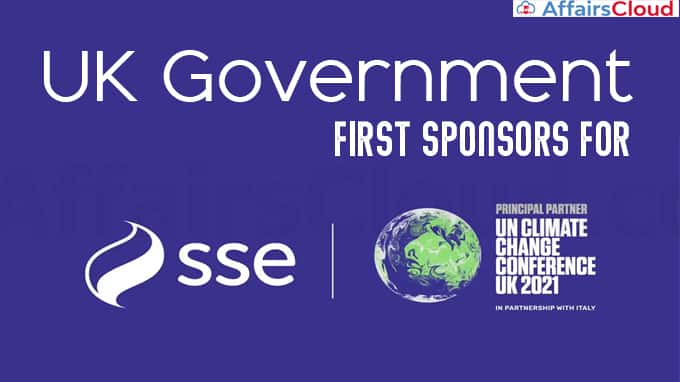 i.As Principal Partners, they will be the top tier of sponsorship for COP 26.

i.ScottishPower, SSE and National Grid are part of the UK’s drive for a decarbonised economy by 2050. They have invested in low-carbon assets and infrastructure in the UK as part of the drive.

ii.The companies have been chosen as Principal Partners due to their commitment to Science-Based Targets Initiative, which sets carbon emission reduction plans in line with the goals of the Paris Agreement.

ii.It will be jointly organized by the UK & Italy.

iii.The conference will be the first “Global Stocktake” which was outlined in the Paris Agreement.

iv.“Global Stocktake” will assess whether the result of climate actions being taken is in part with the goal of keeping the increase in global average temperature to within 2 degrees Celsius.

ii.Through this initiative UN aims to bring the global sports community to support the ambition to achieve climate neutrality by 2050.

iii.Arsenal join among others the International Olympic Committee, FIFA and English football’s governing body the Football Association in signing up to the initiative.

i.On 19th June 2020, India released its first national report on the state of the climate crisis titled “Assessment of climate change over the Indian region”.