The Reserve Bank of India (RBI) notified that the United Arab Emirates (UAE) emerged as a top nation in making non-resident investments in Indian mutual funds (MFs). As of March 31, 2019, the foreign liabilities of units in Indian MFs made by UAE stood at Rs 14,979 crore, registering a share of 16%. 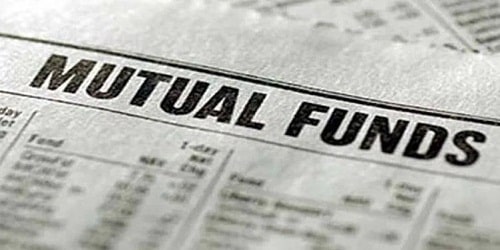 Key Points:
i. The second place was acquired by the United States (US) with Rs 8,989 crore (9.6% share) followed by the United Kingdom (UK) with Rs 7,751 crore (8.3% share).
ii. The top 3 nations were the largest investors together accounting for one-third of the MF units held by non-residents.
iii. Non-resident investments, led by the UAE, in Indian MFs at Rs 93,340 crore ($13.5 billion) as of March 2019 exceeded the investments made by MFs in the form of overseas equity investments at Rs 4,482 crore ($ 0.7 billion).
iv. Non-resident investments (foreign liabilities) registered a rise by 8.95% from Rs 85,670 crore in March 2018.
v. MF units held by non-residents in Mauritius and Singapore declined after the amendment of Double Taxation Avoidance Agreement (DTAA).
vi. Non-resident investments from Singapore declined from Rs 6,897 crore to Rs 5,683 crore and investments from Mauritius declined from Rs 5,649 crore to Rs 3,831 crore.
vii. The preferred investment destinations for Indian MF companies are the US (44.6% in total foreign assets) and Luxembourg (41.1%).
viii. Foreign liabilities of Asset Management Companies (AMCs) at $3.3 billion exceeded the foreign assets which stood at $0.1 billion in March 2019.
ix. Net foreign liabilities of AMCs increased by 68% in 2019.
x. Non-residents in the UK held over half of the foreign liabilities of AMCs in March 2019 and AMCs’ equity liabilities to non-residents in Japan, Mauritius and Hong Kong declined.
xi. Overseas assets of AMCs were largely held in Guernsey, Mauritius and Singapore.

About Mutual Fund:
A Mutual Fund is an investment scheme operated by professional money managers where money is collected from the people and invested in securities such as stocks, bonds, money market instruments, and other assets.

About DTAA:
The DTAA is a tax treaty signed between India and another country ( or any two/multiple countries) so that taxpayers can avoid paying double taxes on their income earned from the source country as well as the residence country.