A reduction in the e-visa(electronic visa) fee was proposed by the tourism ministry with the aim of attracting more foreign travellers to the country. As of the proposed plan, a new 5-year visa plan was announced, and also the e-visa fee will be offered with the option of short-term as well as long-term tourist e-visa plan. The announcement was made by Tourism Minister Prahlad Singh Patel (Minister of State- independent charge), at the State Tourism Ministers’ conference held on august 20, 2019 in New Delhi. 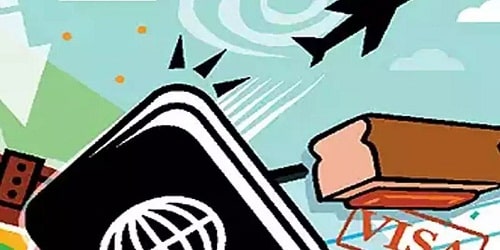 Key points
The relaxations in the visa fee plans had got the assent from the Home Ministry and is under consideration by the Ministry of External Affairs, only after which official announcement will be made.

Plans:
Short term tour visa:Short term e-visa for tourists with one month validity at a charge of $25 is to be made available only between tourism season of July and march.

Lean period Short term e-visa:
i.The visa fee is proposed to be reduced to as low as $10 between April to June during the lean period(unseasonal tourism period).
ii.Initially for tourists fromJapan, Singapore and Sri Lanka, short duration (30-day) lean period visa fee is to cost $10.
Peak term e visa:For peak season 30-day visa, 1 year and 5-year visa, the proposed cost for Japan, Singapore and Sri Lanka is $25.
regular e-visa: This regular e-visa costing $80, is to be increased to 5-years with multiple entries. But for a one-year visa, tourists may now have to shell out(pay) $40.