While formulating strategies to curb the adverse impact of COVID-19, a term “helicopter money” landed on the internet surface. In India, this term has been used by Telangana Chief Minister (CM) Kalvakuntla Chandrashekhar Rao during a video-conference with Prime Minister (PM) Narendra Modi. 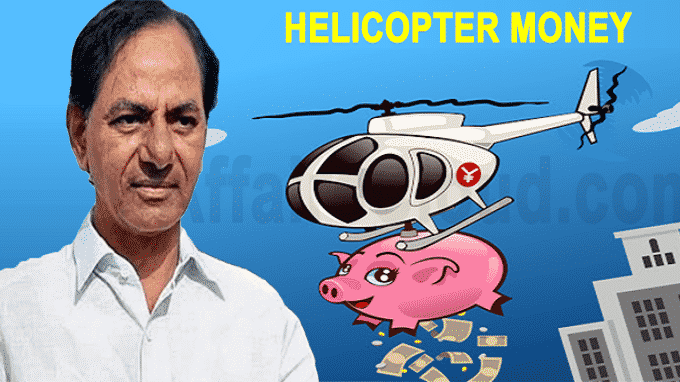 -Government should increase the FRBM (Fiscal Responsibility and Budgetary Management) limit to 5% from the existing 3%.

-A task force should be created with the PM as chairman and cabinet ministers as members to draft an action plan on helping farmers.

What is Helicopter money?
This term has been coined by American economist Milton Friedman in his famous paper “The Optimum Quantity of Money” of 1969. Helicopter money is an unconventional method used by the Central Bank under which the funds are transferred from the Central Bank to the state and Union government which empowers the general public with money to buy things, resulting boost in the economy.