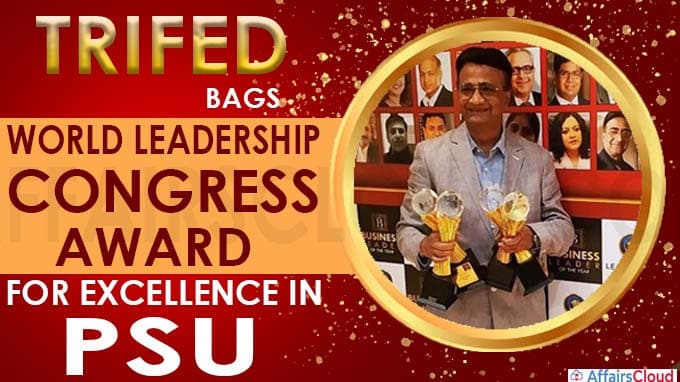 TRIFED is working on the mission of creating an ‘Atmanirbhar Tribal India’.

On 14th October 2020, Pravir Krishna, MD of TRIFED received the CEO of the Year and Visionary Leadership Award at the virtual edition of National Awards for Excellence – PSU hosted by the World Human Resource Development (HRD) Congress.