On November 14, 2019 the Tobacco Board of India was awarded the 2019 Golden Leaf Award at the Tab Expo 2019 event in Amsterdam, The Netherlands. The tobacco board was awarded under ‘Most Impressive Public Service Initiative category for the year 2019’ for initiating various sustainability (green) initiatives in Flue-Cured Virginia (FCV) tobacco cultivation in India.  The award received by Executive Director of Tobacco Board, K. Sunitha. 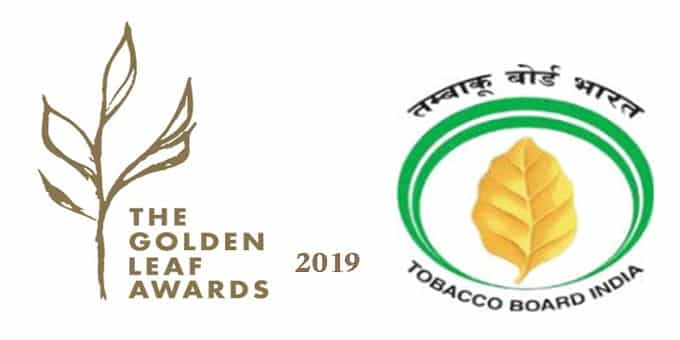 i.The golden leaf award: The award created in 2006 by Tobacco Reporter, an international magazine, is given to a company/institution which has introduced public service programmes and has achieved outstanding performance in 5 categories.

iii.Facts on tobacco production in India:

About Tobacco Board:
Functions- Regulating Virginia tobacco productions in India, facilitating the sale of tobacco through e-auctions on the auction floors of the Board etc.
Ministry responsible- Ministry of Commerce and Industry.
Act- Tobacco Board Act of 1975.
Chairman- Shri Raghunadha Babu Yadlapati.
Headquarters- Guntur, Andhra Pradesh.