On April 20, 2020 , A team of Scientists headed by Nathan C Hara from the University of Geneva (UNIGE) ,Switzerland, have discovered a six-planet system (a ‘super-Earth’ & five ‘mini-Neptunes’) orbiting the star HD 158259 in the Draco constellation. The discovery was done by using the SOPHIE spectrograph installed at the Haute-Provence Observatory in the South of France and TESS (Transiting Exoplanet Survey Satellite) exoplanet-hunting space telescope. 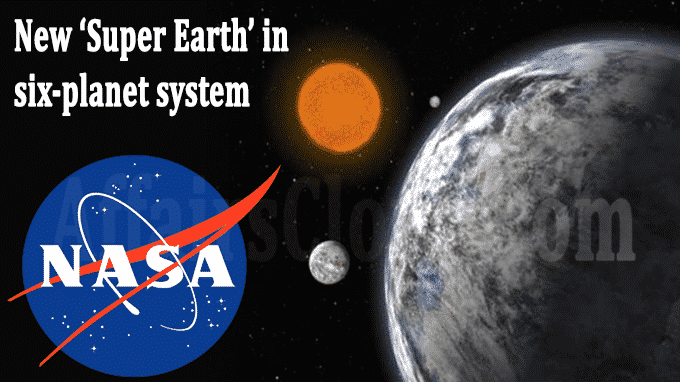 ii.According to the scientists, these six-planets have masses two and six times that of the Earth.i.e the distance of the outermost planet to its star is 2.6 times smaller than the distance between Mercury and the Sun.

iii.This unique information will not only help astronomers to understand the formation of the solar system and will also help in understanding how they get around the sun’s orbit. According to scientists, the coordination of planets is called Orbital resonance.

iv.The findings has been published in the journal Astronomy & Astrophysics.