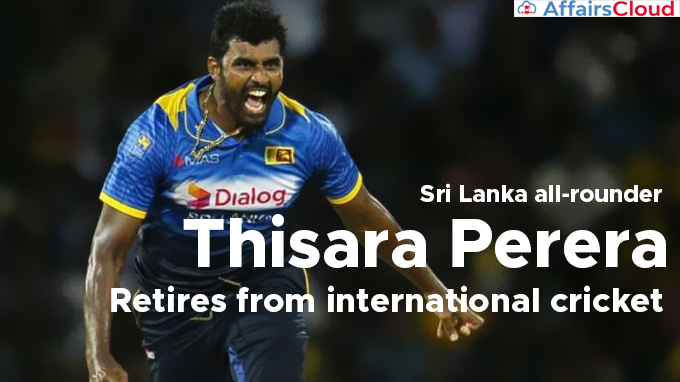 Sri Lanka all-rounder and former limited overs captain for Sri Lanka – Thisara Perera announced his retirement from International Cricket at the age of 32.

ii.He was part of the Sri Lankan Team which won the 2014 T20 World Cup which was held in Bangladesh.

iii.He is one of the 3 players (other than Brett Lee & Lasith Malinga) to have taken hat-tricks in both ODI & T20I formats.