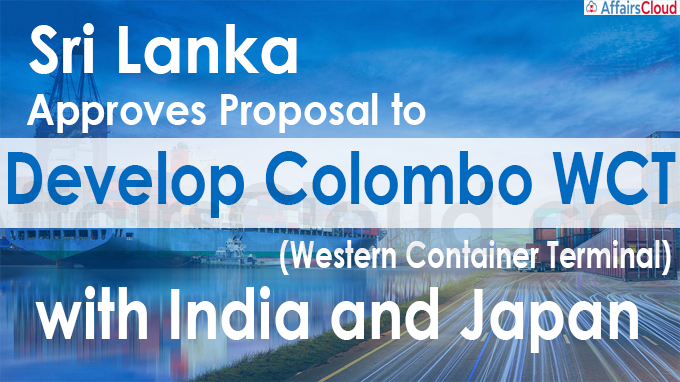 On March 1, 2021, Sri Lankan Cabinet approved a Build, Operate and Transfer (BOT) proposal for developing the West Container Terminal (WCT) of Colombo South Port with parties nominated by Indian & Japanese Government. The port will be developed in collaboration with the Sri Lanka Ports Authority.

In February 1, 2021, Sri Lankan Government decided to eject India & Japan from a 2019 Tripartite agreement to jointly develop the East Container Terminal (ECT) of the Colombo Port.