Financial instruments used by investors or hedge funds that are not registered with the Securities and Exchange Board of India to invest in Indian securities. Indian-based brokerages buy India-based securities and then issue participatory notes to foreign investors. Any dividends or capital gains collected from the underlying securities go back to the investors. P-notes are issued by registered foreign portfolio investors (FPIs) to overseas investors who wish to be a part of the Indian stock market without registering themselves directly after going through a due diligence process.

* Note –> P-notes are not required to register with SEBI , as they are derivatives of FIIs(Foreign Institutional Investors)

P-notes issuance: Participatory notes are issued by brokers and FIIs registered with SEBI. The investment is made on behalf of these foreign investors by the already registered brokers in India.

In the Indian context, foreign institutional investors (FIIs) and their sub-accounts mostly use these instruments for facilitating the participation of their overseas clients, who are not interested in participating directly in the Indian stock market.

For example, Indian-based brokerages buy India-based securities and then issue participatory notes to foreign investors. Any dividends or capital gains collected from the underlying securities go back to the investors.

* p-notes pool the individuals into derivate of FIIs 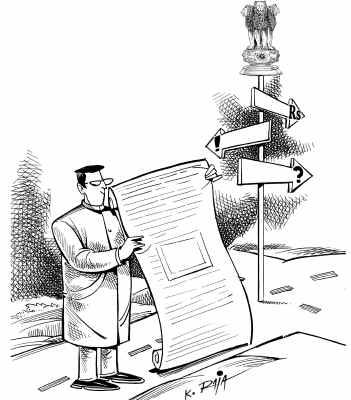 What are Participatory Notes (or P-Notes, as they are commonly referred to)

In 1992, India allowed Foreign Institutional Investors (FIIs) to buy stocks listed on Indian exchanges. However, all investors, whether institutions or individuals, were required to register themselves with the capital markets regulator, Sebi. To get around these restrictions, FIIs started to issue so-called participatory notes (or PNs) to investors who, for various reasons, wanted to remain anonymous

Since PNs tracked the value of Indian stocks, their values rose or fell according to the movement of the markets.

Initially, nobody complained, as FIIs generated a lot of business from monies routed through them and their accounts. These monies fuelled the market boom from the early period of liberalisation. At their peak during 2007, the value of PNs constituted well over 50 per cent of the outstanding assets in the custody of FIIs

On the 16th of October, 2007, SEBI (Securities & Exchange Board of India) proposed curbs on participatory notes which accounted for roughly 50% of FII investment in 2007. SEBI was not happy with P-Notes because it is not possible to know who owns the underlying securities and hedge funds acting through PNs might therefore cause volatility in the Indian markets.

However the proposals of SEBI were not clear and this led to a knee-jerk crash when the markets opened on the following day (October 17, 2007). Within a minute of opening trade, the Sensex crashed by 1744 points or about 9% of its value – the biggest intra-day fall in Indian stock-markets in absolute terms. This led to automatic suspension of trade for 1 hour. at that time –>former Finance Minister P.Chidambaram

What has the SIT on black money said?

Why is the stock market worried?

In its third report, contents of which were released on Friday, the SIT recommended that the government should obtain details of beneficial ownership — or identity of the final holder or investor — of P-Notes, and make it non-transferable. The SIT wants investors due diligence — or KYC — details to be known to the regulator. It has also made the point that a bulk of P-Notes investments were from overseas jurisdictions such as the Cayman Islands, a tax haven that accounted for 31 per cent of all foreign inflows from offshore derivative instruments. The worry is on account of the fact that the outstanding value of PNs at the end of February 2015 was  2.85 lakh crore — which, if unwound, can lead to carnage in a market where local institutional investors are not as influential. Former Finance Minister Arun Jaitley, however, assured that there would be no kneejerk reaction.

To soothe nerves of foreign investors after an SIT on black money suggested stricter norms for P-Notes, the government today said it will not take any “knee-jerk” reaction that will will adversely impact country’s investment climate.

With markets tanking on the recommendations of the Supreme Court-appointed SIT on black money last week that Sebi should tighten norms related to Participatory Notes (P-Notes) investments into India, Finance Minister Arun Jaitley said the government will study the suggestions before taking a stand.

Finance minister, Arun Jaitley, who was heavily criticised on the issue of application of MAT on FIIs, seems to be a quick learner. His ministry has issued statements assuring investors that the government will not take steps that will affect investments, following the SIT report. What are the broad concerns about P-Notes?

Concerns have been expressed over anonymous investors who are beyond the reach of Indian regulators or taxmen, and over indications that wealthy Indians, including promoters of Indian companies, have been using this route to bring back unaccounted funds and to rig their stocks. The concerns were first flagged by the Joint Parliamentary Committee on the 2001 securities market scam, which said that P-Notes enabled their holders to conceal their identities. The committee also pointed to the links that stock market player Ketan Parekh had with foreign entities, which allowed him to allegedly rig stocks, and to the role of Overseas Corporate Bodies or OCBs owned predominantly by Indians in the stock market crash. The JPC wanted action on these issues.

What has Sebi done so far to regulate P-Notes?

In 2004, Sebi tightened rules to ensure PNs were issued — and transferred — only to regulated entities. On October 16, 2007, against the backdrop of a surge in capital flows and excess liquidity, the regulator banned P-Notes. M Damodaran was Sebi chief then, and

P.Chidambaram was Finance Minister. The markets crashed immediately, but recovered after the regulator unveiled rules a week later, saying FIIs could not take any fresh exposure, and their existing investments would have to be wound up in 18 months. But exactly a year later, during the tenure of Damodaran’s successor, C B Bhave, all restrictions on PNs were removed in the wake of the global financial crisis, amid fears of capital outflows. But rules were tightened again subsequently.

Why is it difficult to ban P-Notes?

The RBI may be pushing hard, but the government, which has the final say in foreign investment rules, appears to be reluctant to impose a full ban, presumably because of a fear that the stock markets would tank, and there would be a flight of capital.

With FIIs now controlling 20 per cent of the free float in listed Indian companies, policymakers would want to think several times, especially in a country which runs a current account deficit and needs foreign investment to bridge the gap in savings.

During the UPA government’s tenure, a committee headed by the then Chief Economic Advisor, Ashok Lahiri,  released a report in November 2005 on encouraging FII flows and checking the vulnerability of capital markets to speculative flows.

The committee suggested measures such as greater broadbasing of foreign entities investing in the Indian market, and a ceiling on FIIs and their sub-accounts. The majority view, however, was that the existing dispensation for PNs ought to continue. In a move that was rare for a situation in which a government-led panel was involved, the RBI dissented, arguing that PNs should not be permitted because it remained difficult to identify their final holders.

With more broadbased flows and greater global pressure now on checking illicit fund flows, it should be possible to phase out PNs over the medium term. That is, if it is grandfathered — or, in other words, spread out over a specified period with a sunset clause. That should go hand in hand with reforms in taxation, including greater clarity, easier norms, lowering of transaction costs, and encouraging more local institutional investors — especially pension funds and FDI — to reduce reliance on volatile flows.

What is Financial Inclusion & its Importance in India