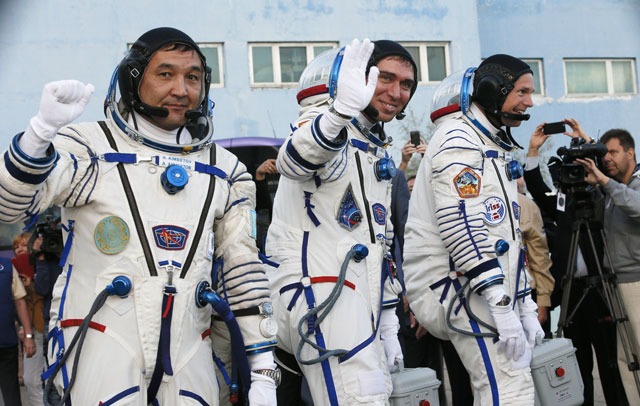 This launch complex in Kazakhstan has a special place in history as Earth’s first artificial satellite; Sputnik-1 was launched by Russia from here on October 4, 1957. It lifted Yuri Gagarin, the first human in orbit.

It is a Russian spacecraft that is launched on a Soyuz rocket- the most frequently used and most reliable launch vehicle in the world to date. All Soyuz spacecraft are launched from the Baikonur Cosmodrome in Kazakhstan.