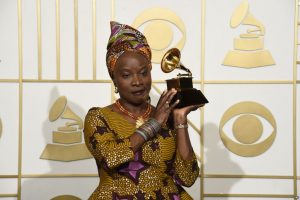 They have all proved themselves to be bold advocates for human rights, using their talents to inspire others.