As per ‘Global Passport Power Rank 2017’, compiled by international financial advisory firm Arton Capital, passport of Singapore is now the “most powerful” passport in the world.

Singapore topped the index with Visa-Free score of 159. This is the first time passport of an Asian country has been adjudged as most powerful passport. 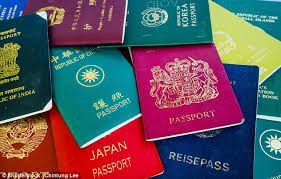