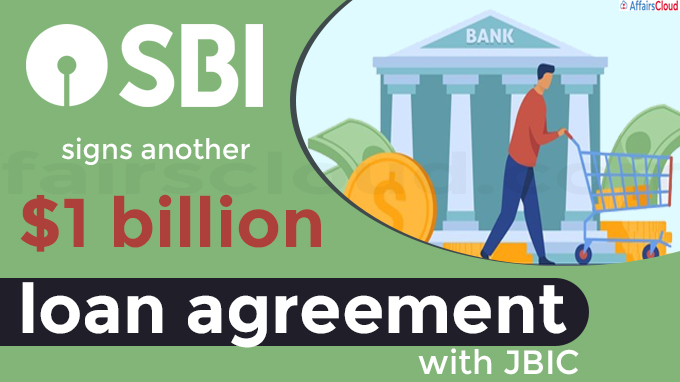 On March 31, 2021, the State Bank of India (SBI) has signed a loan agreement of $1 billion with the Japan Bank for International Cooperation (JBIC) to provide loans for the whole range of business operations of the Japanese automobile manufacturers in India.

Note – Refinancing is the process of taking out a new loan to pay off one or more outstanding loans.

Apart from NTPC, SBI also signed a loan agreement of $1 billion with JBIC

About State Bank of India(SBI):