On April 1, 2017, State Bank of India (SBI) successfully merged with its five associate banks and Bharatiya Mahila Bank. By this merger, SBI entered the league of Top 50 Global Banks which ranks 44th and a balance sheet size of Rs 41 lakh crore along with the new logo.

The associate banks of SBI are 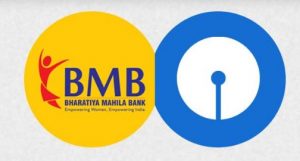 About State Bank of India (SBI)

State Bank of India (SBI) is a Public Sector Banking (PSB) and financial services company in India founded on June 2, 1806 as Bank of Calcutta.