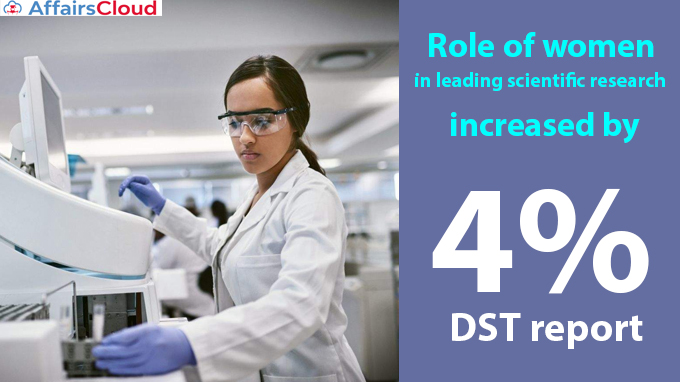 According to the ‘Directory of Extramural Research & Development Projects 2018-19’ released by the Centre for Human and Organisational Resource Development (CHORD), a division of the Department of Science & Technology (DST) – Women Principal Investigators (PIs) participation in research that received Extramural Research (EMR) support (support received through peer-reviewed competitive grant mechanism) stood at 28% during 2018-19, compared to 24% during 2016-17.

i.The Directory of Extramural Research & Development projects approved for funding by selected Central Government Departments/Agencies has been published by DST annually since 1990-91.

i.The number of supported projects & number of PIs have increased during 2018-19.

iii.Departments which contributed the most to extramural R&D funding in India,

It is a peer-reviewed competitive grant mechanism of the Central Government to promote, catalyze and advance R&D and innovation in India. It aims to encourage scientists to pursue a research career.

About Department of Science & Technology (DST)